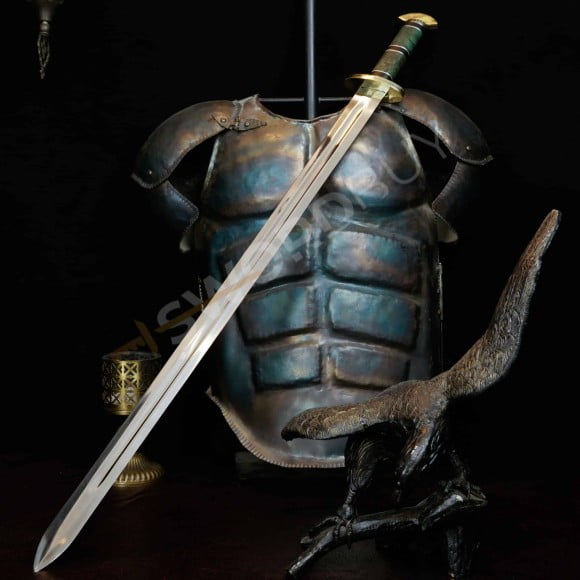 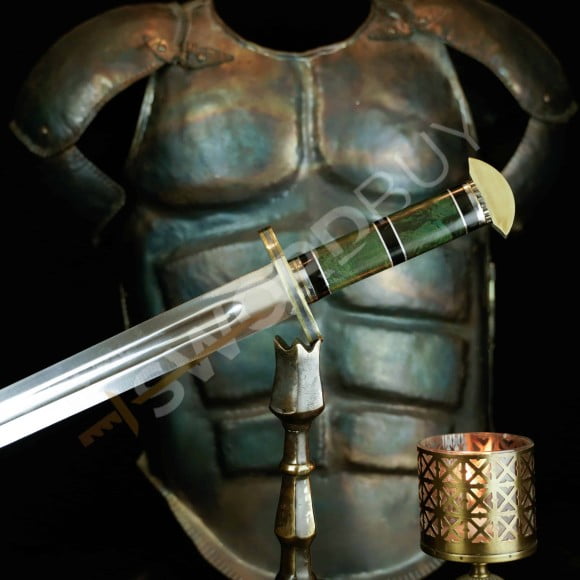 The Viking Sword is a sword that has a very important place in history. Today, Viking history is a subject of great curiosity and has been the subject of many documentaries and TV series. The most important weapons of the Vikings were axes, swords and shields. We also produce  this legendary sword completely handmade.

Swords of the 8th to 10th centuries are also termed Carolingian swords,while swords of the late Viking Age and the beginning High Middle Ages blend into the category of Norman swords or the early development of the knightly sword. The area produced the best quality weapons found in Central and Northern Europe. Swords were very costly to make, and a sign of high status. Owning a sword was a matter of high honour. Persons of status might own ornately decorated swords with silver accents and inlays. Most Viking warriors would own a sword as one raid was usually enough to afford a good blade. The poor farmers would use an axe or spear instead but after a couple of raids they would then have enough to buy a sword.

Vikings were often buried with their weapons, the killing of swords may have served two functions. A ritualistic function in retiring a weapon with a warrior, and a practical function in deterring any grave robbers from disturbing the burial in order to get one of these costly weapons. The Swords were not exclusive to the Vikings, but rather was used throughout Europe.

WHAT IS THE SIZE OF VIKING SWORD

The Viking Sword, which we produced in accordance with the original historical measurements, is completely ready for war. The wood root used in its handle is walnut and it is one of the strongest woods. Other materials in the handle are brass metal. Both sides of the steel are designed to be sharp. 102.4cm, blade length  86 cm, weight 1.9 kg. it is extremely rare to find a Viking Age sword with an overall length of more than 1 meter. Even considering the huge pommel, this weapon has a unique balance and consequently does not handle easily.

DID VIKINGS EVER USE LONG SWORD

Vikings were highly skilled in weaponry, and this was one of the most important reason for their success as invaders and raiders. Talented ironmongers and battle strategists, they created advanced and extremely effective weapons. The most common hand weapon among Vikings was the axe. Swords were more expensive to make and only wealthy warriors could afford them.

Vikings, or rather, Scandinavian raiders did sometimes use what would be considered longswords in modern nomenclature; 2–2.5 foot blades with single handed hilts.